Sales Challenge: Do Relationships Still Matter in a Tech-Driven World? 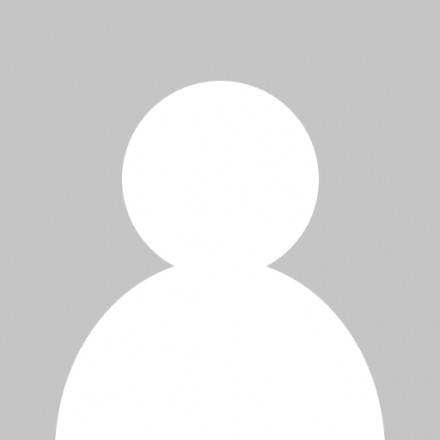 A sales challenge commonly asked in our tech-driven world: do relationships still matter?

Just a few years ago online publishers and ad networks, which were just a conglomeration of smaller publishers, controlled the supply of digital advertising inventory. They employed an army of salespeople who sold commoditized media directly to advertisers. In that world, the strength of relationships was a key competitive differentiator, and salespeople who were true authentic leaders—the ones who could instantaneously draw people in around them—were highly sought after.

The advent of advertising technology radically altered the media landscape. Upwards of 40% of all advertising impressions today are sold via programmatic platforms—where advertisers bid on individual impressions in an ad exchange and publishers select a winning bid.

If you think that sounds complex, consider this: as an individual ad travels from the advertiser’s ad server to the publisher’s ad server, it jumps across roughly 7 to 10 distinct ad serving platforms. Each platform represents an independent company participating in the process, a process that is replicated across mobile, video, and display.

Today’s ad tech salespeople clearly require a wider range of knowledge compared to the digital media sellers. They need to understand how the entire ad delivery system works together and how individual companies participate. The top tier salespeople are true change agents who overcome sales barriers by developing innovative solutions to match their company’s assets with their client’s true needs.

Considering the sea-change that has occurred, do relationship skills still play a vital role in the sales cycle?

That question came up recently when our firm met with the CEO of a fast-growing ad technology company. The CEO wanted to scale his team with top tier sales talent in order to meet aggressive revenue targets. He was clear about what he wanted:

“Our product is roughly 9 to 12 months ahead of the competition; we need to take advantage of our window now, before we lose it. We need Solution Sellers who can meet with the buyers, identify their needs, and deliver intelligent solutions. We don’t want Relationship Sellers, this isn’t about dinners or ball games—it’s about Solution Selling.”

Initially I thought he was saying that he didn’t want traditional media sellers, which we never would have sent him. But he was going further: he was envisioning a sales model focused almost exclusively on problem solving—with limited emphasis and energy put into personal relationships.

When I heard virtually the same ideas expressed by other sales leaders within days, I understood this was an issue I needed to respond to.

The CEO seemed to feel that relationship selling eroded the value of his brand and didn’t fit with the values of his corporate culture, which revolved around innovation and purity of concept. I understood what he was talking about: certainly the problem solving approach is cleaner, faster, and better aligned with the cultural values of fast-growing startups.

As I was formulating a response to the CEO, I thought back to a situation that occurred while I was managing an ad tech team selling a complex SaaS product.

Our product team introduced several new features that were unique in the market, and our sales team was making a full-force effort to gain as many new accounts as possible before our competitors caught up. During one of our first sales meetings we met with a Director of Analytics at a large media agency. He acknowledged that our features delivered new value, but that was the extent of his interest. He told us he had a hard stop and thanked us for coming in. We left frustrated and confused.

Not willing to let the opportunity slip away, our salesperson, who had a natural capacity to draw people in, called the prospect (let’s call him Rob) and asked if he could meet him after work for a beer later that week. Here’s what he learned:

Rob gave our salesperson detailed insight into our competitor’s new features and recommended that we meet the Ad Ops team right away so we could be the first to establish a “relationship” there.

We analyzed the features that our competitor was proposing and demonstrated that it couldn’t possibly deliver the same benefits as our service. At the same time, we provided the Ad Ops team with a detailed strategic overview of our category so they could get up to speed quickly. Ultimately we won the business.

Buyers like Rob are bombarded with sales solicitations every day and as a result, they are ultra selective about which salespeople they choose to spend free time with.

Yet Rob agreed to meet our salesperson, giving him the critical insight that helped us gain an advantage in the sales process.

We did not simply win business because the salesperson took Rob out for a beer. We earned the business by demonstrating that our solution delivered unique value. However, if our salesperson had not successfully established a relationship with Rob, our competitor would have likely won the business.

Importantly, had we pursued the solution-driven model the CEO proposed, we would have lost the opportunity. In this case, the relationship and the solution went hand-in-hand.

The salesperson in this instance was a true A-level sales person:

Back to the question at hand: do relationships matter when it comes to sales? Yes!

Ultimately, the CEO mentioned earlier recognized this also. He agreed that he needed to hire salespeople that brought a range of skills that included relationship building as well as solution selling.

In my experience as an executive recruiter, I have observed that the vast majority of salespeople do not possess the same wide range of skills as the salesperson mentioned in my story. Most salespeople are not Authentic Leaders, and they’re much less successful establishing relationships that bring meaningful value to the process.

Identifying Authentic Leaders who have high likability skills, Hunters who pursue whales unrelentingly, and Change Agents who possess innovative problem solving skills is my specialty. Should you need assistance finding the right salesperson for your growing company, please feel free to reach out.

More About the Author:

David Enberg is the Principal of Vested Search, an executive recruiting firm focused on connecting fast-growing companies in the digital media, analytics, and ad-tech arena with top- tier salespeople and sales leadership.

Sensing Stress & Burnout From Your Team? We Can Help

The Dos and Don’ts of Sales Development with David Dulany